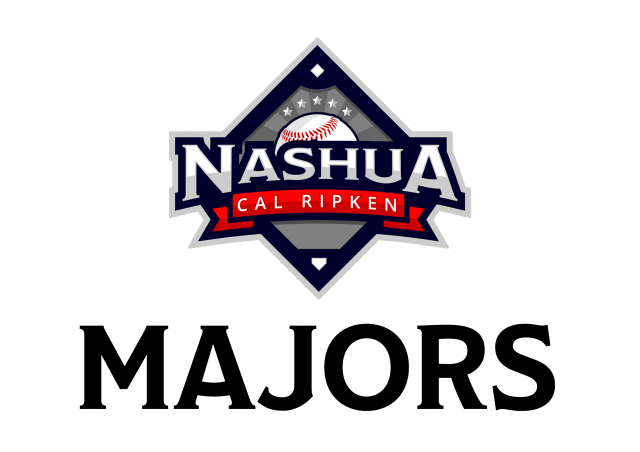 At the Majors level, coaches increase the instructional focus on baseball strategies and tactics while continuing to reinforce the fundamental skills. Players are introduced to a 70’ base path and 50’ pitcher’s mound distance at this level. Infield fly rule is called. Balks, leading, stealing are now introduced as well as most baseball rules apply. Teams may only use 3 outfielders.

Majors is the most competitive level of baseball in Nashua Cal Ripken and teams are drafted by Managers using information from Player Assessments.  Most players in Majors will be 12 and 11-years-old, although qualified 10 year-olds may also be drafted onto Majors teams if they attend the Player Assessments.  NCR rules mandate that 12-year-olds play in Majors unless they receive specific approval to play in AAA.

Players entering Majors should be able to demonstrate the following skills:

Players who don’t meet the developmental guidelines for Majors, should remain in AAA for an additional season.